Tall, lanky with spiky brown hair. Brown eyes, 6’2”. Carries bits of machinations and artifice to tinker with. Left hand is a bronze warhand. He keeps this somewhat hidden (long sleeves, glove), though if you’re perceptive you will notice this.

For Cord, it was an ultimatum that drove him to his occupation. He could either go on the front lines and potentially die, or he could go to one of the universities and learn how Breland can win the war. During this time he realized he had an affinity to getting people to do what he wanted. Mixed with his (OUT) affinity for technology, he was able to work quite well with the other scholars and breeze through his studies.

Having done so well at the University, he was asked to enter research and development for Breland’s magical weapons. He interned there for a short time, however it wasn’t quite what he was looking into. Having heard the legends of Battle Engineers, he knew that the artifacts they wielded were out there. He began by pouring into lore and trying to find locations where famous Battle Engineers spent their last moments. Battles, old age, anything. And from there he began his archeology trips.

This was how he was noticed. It was his first successful find, an artifact that he calls The Tumbler. The King’s Dark Lantern got wind of what he found and sought him out. He’s now working with them to find out if there are other Battle Engineer artifacts in the world, as they will help Breland in the continuing years.

As a part of his admission was the task of becoming an emissary or diplomat to the nation of Zilargo. Using his charm and actual aptitude for technology and artifice, he has become a Diplomat of Artifice for Breland and admission into the Ambassadors of Artifice. This gives him access to information of Zilargo which is helpful for KDL.

After the events of a failed mission before the current events, Cord outfitted himself with a Warhand, effectively making himself a construct. He has retrofitted heavy armor into a thin, light build, and is now more prepared for when combat arises. 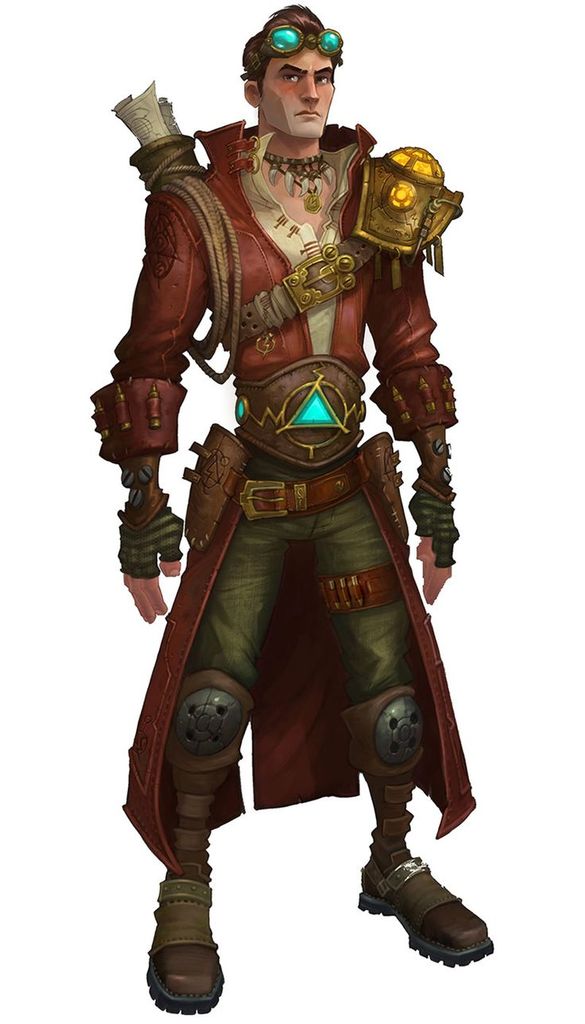