This is all the consumable or one-use magic potions, scrolls, oils, runes, tokens and whatnot that aren’t covered in the core rulebook. Items used to attack take a standard action to use, non-combat items take a move action to use, and they both take a quick action to pull from a pouch/belt/whatnot.

Any items that are abused or unbalanced I, as the GM, reserve the right to change or remove.

Potion of Water Breathing
A bubbling, salty infusion that tickles your nose without any scent to mark it’s passing.
Color: Blue-Green
Duration: 1 hour
Use: Imbiber is able to breathe normally underwater, without exterior aid. How this happens is very idiosyncratic. In some cases, the imbiber develops gills, other times the drinker can just breathe water, and still others a magical bubble forms around the character’s head.

Tanglefoot Bomb
This vial appears to be filled with grey-white smoke, but when exposed to air, the smoke turns into a thick substance like spider-webs smelling of dust and lantern oil.
Color: Grey-white
Duration: 1 attack (or about 5 minutes outside of combat)
Use: Standard action. Make a basic ranged attack vs PD against 1 creature. On hit, the target is Stuck (save ends). Against a Large sized creature, this only works on a natural 16+ hit and does not work on Huge creatures at all. This is only related to size. A normal size, double strength creature is affected normally.

Lockburst Powder
This vial is filled with a blue-black powder whose grains are exceptionally large, twice the size of beach sand. The vial smells of mushroom and chalk
Color: Blue-black
Duration: Immediate
Use: Pouring this into a non-magical key lock will rupture the lock and break the mechanism. Magical locks and non-key locks are heavily resistant to this effect and will only be broken on a 16+ roll of a d20, if they can be broken at all.

Stonemeal Waybread
This small baked good looks like a flat brown rock the size of a man’s palm. Unfortunately it has a taste and texture a lot like rock as well, to say nothing of what it does to your body after you eat it.
Color: Brown
Duration: However long it takes to eat something the size of a cupcake
Use: The eater immediately regains one spent Recovery. No more than one of these may be eaten between full rest ups.

Firebeetle Oil
This oil is hot to the touch, smelling of cinnamon and charcoal. It shimmers and gleams like a ruby, even after being applied
Color: Bright red
Duration: 1 battle or about 5 minutes outside of combat
Use: Applying to armor or a shield grants the user Resist: Fire 16+ for the duration of one battle. Similar oils exist for cold (Frostworm), necrotic (Cryptspawn), acid (Glittergreen), thunder (Bluscale), and holy (Starbright).

Elemental Weapon Sigilstones
These small round metal disks are inscribed with glowing sigils empowered by the elemental planes
Color: Depends on the elemental effect
Duration: 1 battle or about 5 minutes outside of combat
Use: Add a +1 to attack and damage rolls per tier, plus bonus elemental damage. At adventurer tier, the bonus is 1d4, champion tier is 2d6, and epic tier is 5d6

Potion of Spider Climb
This purple fluid is thick, viscous, and oily. The smell is strangely like that of moldy or rotting berries or fruit and the taste is similar.
Color: Purple
Duration: 1 battle or about 5 minutes outside of combat
Use: The imbiber can walk and/or climb on the walls or ceiling. Doing so does not provoke attacks of opportunity (within reason)

Cantrip Scroll
Scrolls come in all shapes and sizes, but spell scrolls are typically written on heavy-duty parchment with special ink infused with arcane reagents before being rolled up so they can’t accidentally be read and activated
Color: N/A
Duration: Cantrips cast from a scroll which have a duration last no more than 15 minutes. At champion tier, they last 1 hour. At epic tier, they last no more than 2 hours.
Use: Each individual scroll can be used to cast a single wizard’s cantrip (as on page 147) by reading aloud the written invocation. The scroll then crumbles into ash. If used in combat, it takes a number of standard actions based on tier to read the scroll (1 standard action for adventurer tier, 2 standard actions for champion tier, 3 standard actions for epic tier). 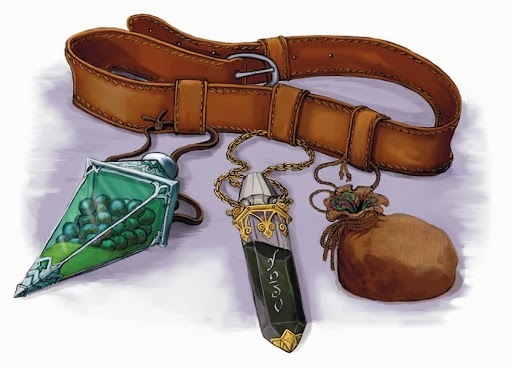