These magical items, unless specifically mentioned, do not take up a chakra slot and have no quirks. Also unless otherwise mentioned, these items do not have a direct combat application. If you get creative and the situation fits however, a standard action will allow them to be used in combat.

Bottled Smoke
This bottle of brass and red glass, about the size of a beer bottle, feels warm to the touch. When unstoppered, smoke smelling of incense and cedar wood pours from the opening for up to 3 minutes. This is enough to fill an average home or tavern with enough smoke to cause problems seeing or breathing.

Bridle of Conjuration
This black leather and silver bridle, when read the command word, summons a magical horse fitted with riding gear and two saddlebags. Despite its magical nature, this is otherwise a normal horse in terms of temperament and carrying capacity. It does not need to eat or drink, but does need to rest. The horse can be ridden for up to 8 hours a day before disappearing.

Dust of Creation
This blue bottle, roughly the size of a wine bottle and etched with arcane symbols, is filled with a sparkling dust. When the owner speaks in ancient Elven and pours the dust out of the bottle, the dust forms the object spoken. This is a mundane and simple object no bigger than can be carried in one hand. It is not sturdy enough for combat use. This item will last for 24 hours or until the Elven word that created it is spoken backwards. The bottle will refill itself with the dust 24 hours after the last object is dissolved.

Endless Canteen
This small metal canteen looks completely normal except for a small gem (usually a sapphire or diamond chip) embedded near the opening. This canteen can provide up to 1 gallon of pure clean water (either hot or cold) every six hours. Any water poured from the canteen which hasn’t been drunk or used for cooking will disappear after 1 hour.

Lens of Reading
This is a monocle made of thick glass and a delicate gold frame, with a silver chain. Any one person holding this lens to their eye can read languages that they otherwise might not be able to. The effect lasts for 1 hour and may be used at-will. Some languages may not be read with this item, namely languages with arcane power in their words, secret languages, or languages that are no longer spoken by any creature living or dead.

Pipes of Sounding
This small set of panpipes is carved out of a rare tree called a black oak or a ghost oak. When played, the pipes may emulate the Ghost Sound cantrip on page 147. This effect may be used up to twice per day.

Stone of Alarm
This stone cube, when given the command word (almost always in an old Dwarven dialect), affixes itself to any object up to the size of a wagon. If attached to something larger the Stone of Alarm will not work, though it may be used on an object that is part of a larger one (IE, a door would work, the entire house would not). If that object is touched thereafter by anyone who does not first speak that same command word, the stone emits a piercing screech for 1 hour that can be heard up to a quarter-mile away (assuming no intervening barriers).

Stylus of the Translator
This pen is made from the feather of a phoenix and has a golden nib which flows with ink when set to paper. A writer using this stylus may translate what he or she is writing automatically into another language. This is often used in conjunction with a Lens of Reading to copy documents in an unreadable language into one that all present can understand. The stylus has enough ink to write approximately 20 pages at one time before it must recharge. Recharging takes 6-8 hours. 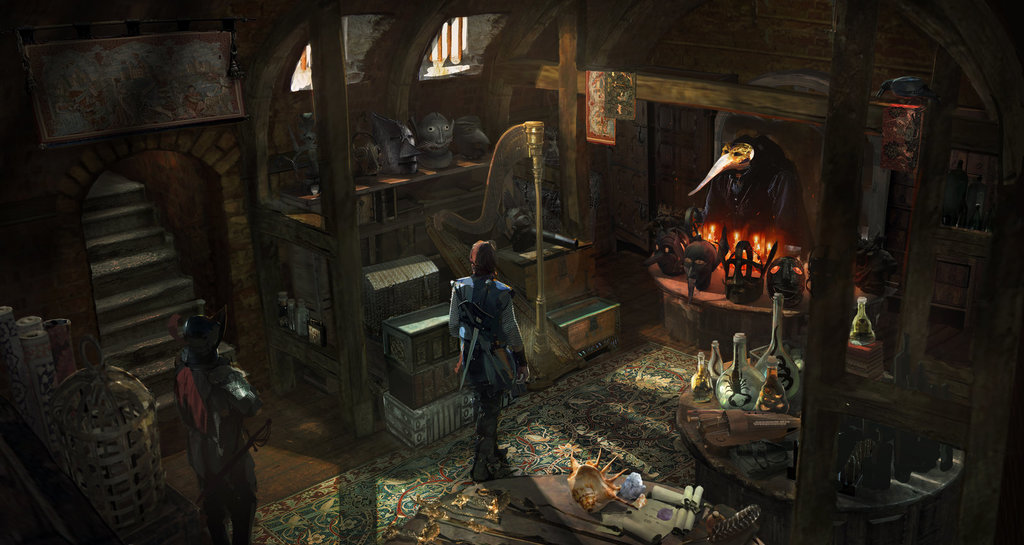